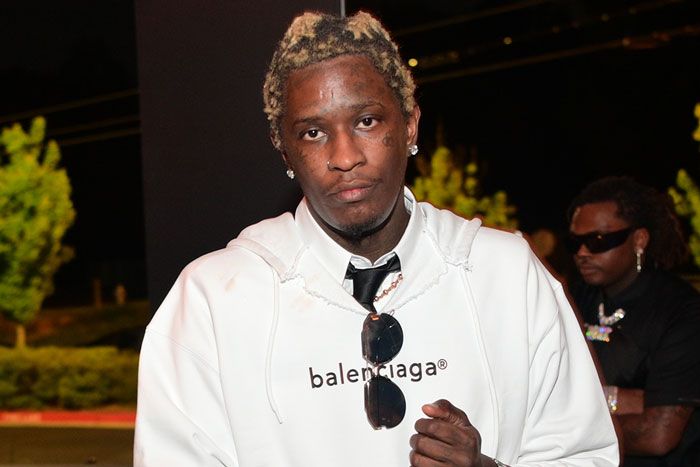 Young Thug is speaking out from behind bars.

The rapper made a surprise appearance via video during Hot 97’s Summer Jam on Sunday, thanking fans for their support while he faces RICO charges alleging that YSL is a criminal gang.

Following videotaped messages from Post Malone, DJ Khaled, Polo G, and G Herbo, Thug addressed the crowd at MetLife Stadium while encouraging them to support the Protect Black Art initiative, a law that could prevent prosecutors from using rappers’ lyrics in court against them.

“This is Thug. I just want to say thank you to all my friends and my family for coming out and supporting us. You know, your support during this time means a lot to us, ya know,” he said.

Thug, along with Gunna and other members of YSL, were named in a 56-count indictment, which includes charges ranging from drug and gun possession to murder.

“You know, this isn’t just about me or YSL, I always use my music as a form of artistic expression, and now I see that Black artists and rappers don’t have that, you know, freedom,” Thug continued. “Everybody please sign the ‘Protect Black Art’ petition and keep praying for us. I love you all.”

“This practice isn’t just a violation of First Amendment protections for speech and creative expression,” Liles writes in his petition. “It punishes already marginalized communities and silences their stories of family, struggle, survival, and triumph. It is a racially targeted attack, and this shameful and un-American practice must end.”

In January, lawmakers in New York introduced the “Rap Music on Trial” bill, which would limit the circumstances in which any form of “creative expression” can be shown as evidence of a crime to a jury. It was backed by JAY-Z, Big Sean, Fat Joe, Killer Mike, and Meek Mill, who voiced his support for Thug and Gunna during his Summer Jam set.

“Protect Black art because now they’re using our lyrics against us and they’re taking that to a courtroom, and this is the way that we found a way to feed our family and make millions,” said Meek.